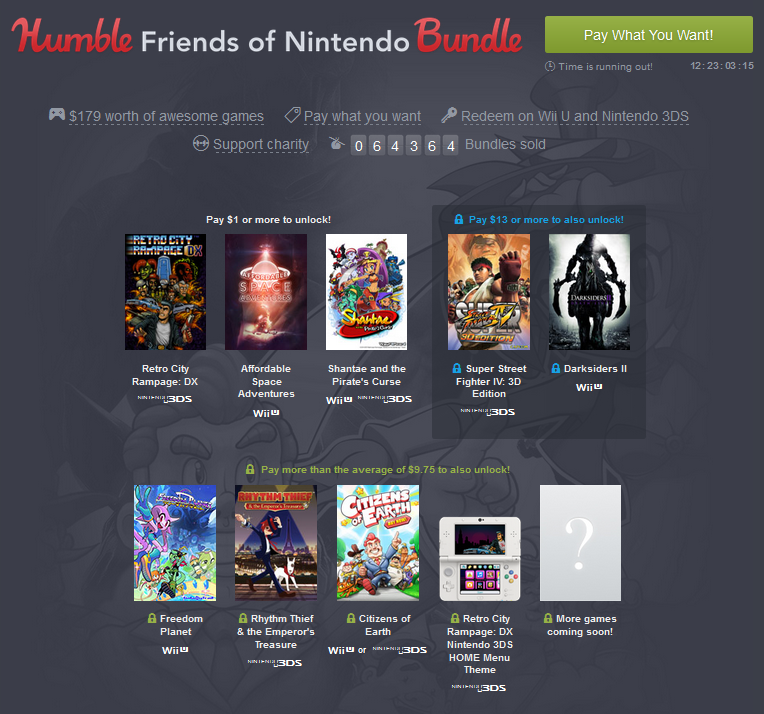 Humble Bundle has teamed up with Nintendo to offer games in exchange for however much you want to pay! There are currently 8 games available, valued at a total of $179. You can decide to pay as little as $1 and you will be able to get the download codes for three Nintendo games, which you can redeem through the eShop for your Nintendo Wii U and/or Nintendo 3DS.
Link to Humble Bundle Friends of Nintendo Bundle

Nintendo collaborated with Humble Bundle before, but their offer was region locked to North America only. This time, Europe gets a share in the deal! Purchase the Humble Friends of Nintendo Bundle to get a selection of Nintendo 3DS games and Wii U games and support charities at the same time.

Pay at least $1: Pay $13 or more to unlock: Pay more than the average to unlock: More games coming soon

How does Humble Bundle work?

New to Humble Bundle? Don’t worry – it’s not complicated at all!