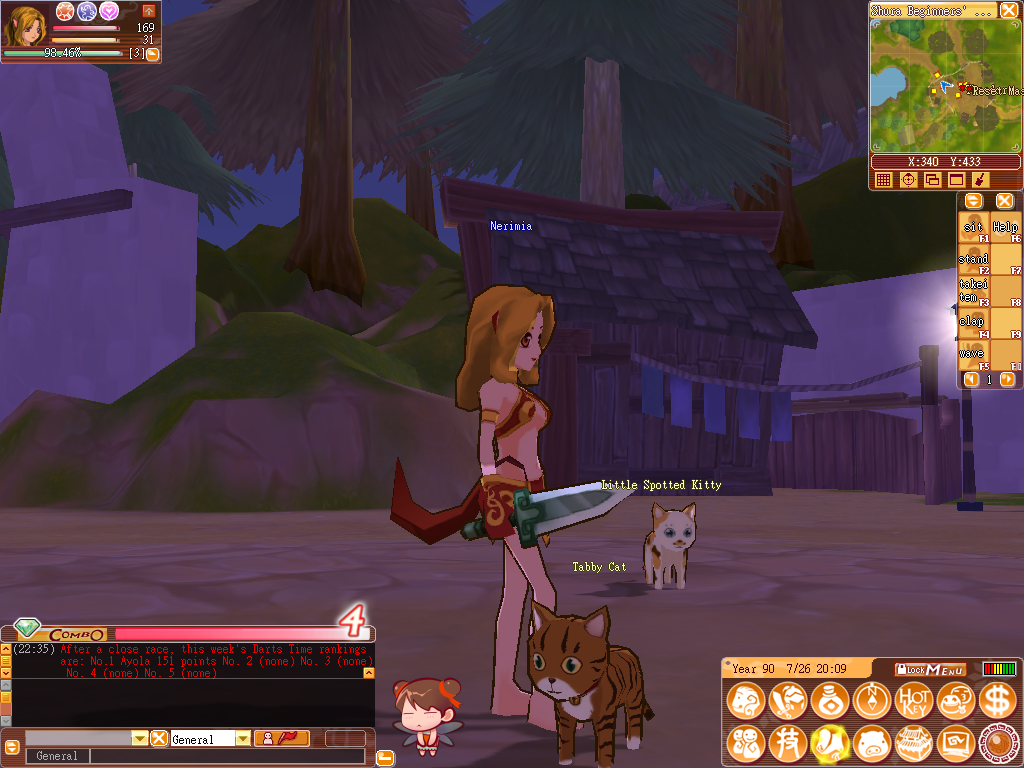 This was my absolute first experience with Dream Of Mirror Online (DOMO), published by Aeria Games. 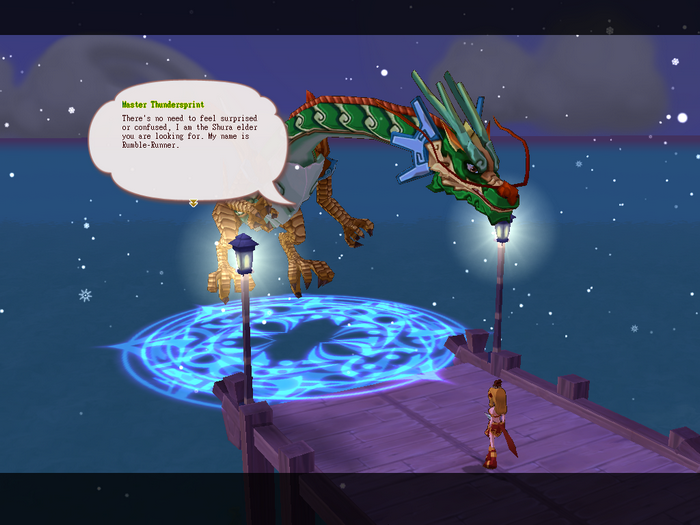 Okay, first things first. After installing and patching, I’ve first got to create a character. There’s four different races: Sylph, Human, Shura and Sprite. Upon first glance, the looks of the Shura appealed to me the most, so that’ll be my choice! Second step, I couldn’t be happier, I could edit some of my newly created character’s features. Eyes, Hair, Body Length/Width, etc. Now, I often want to make my character look somewhat like my real life self, and gosh, without much trouble I was able to make an image I would be satisfied with. Could use some nicer clothes, but hey, I’ve only just started, maybe I’ll be able to get some new clothes throughout the game!
My name? Nerimia. The first thing that came to my mind. My names usually end up being or sounding Japanese. 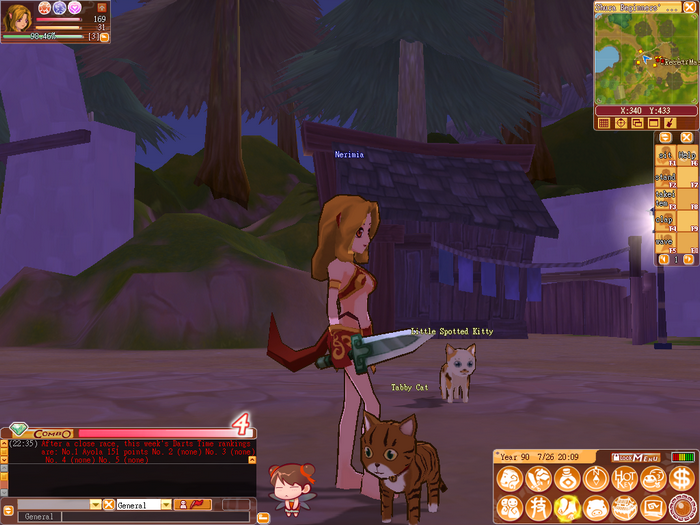 Woah! I need to navigate using the W, A, S, D keys whilst using the mouse to control the cam. Not my favorite way to move around in an MMO Game, I prefer to point and click, but nothing I haven’t done before. This’ll be fine.
There’s a couple of cute cats and dogs on this map, although fairly static, they cheer me up and keep me interested in the game. Time to explore and get used to the game…

As I said, I really need to get used to only being able to use the W, A, S and D keys to navigate. However, they luckily have this awesome auto-routing feature where you just click on a spot on the Map and your character will walk there automatically. Although in some games it gets your character stuck against a tree or other object, it’s better than nothing.

Checking out the UI (User Interface), I’m not turned off at all. Having a little more experience with MMO Games, the user interface is clean and understandable.
While playing around with the Item and Equipment window, I notice some Cash Shop items available. Sadly, they seem to be timed. If there’s one thing I’d never do in an MMORPG, it would be buying timed items. A real bummer, but I’m hopeful there will be some nice fashion items available in-game.
Well, anyway, I put on some gloves and equipped a dagger, I’m ready to slay some monsters! 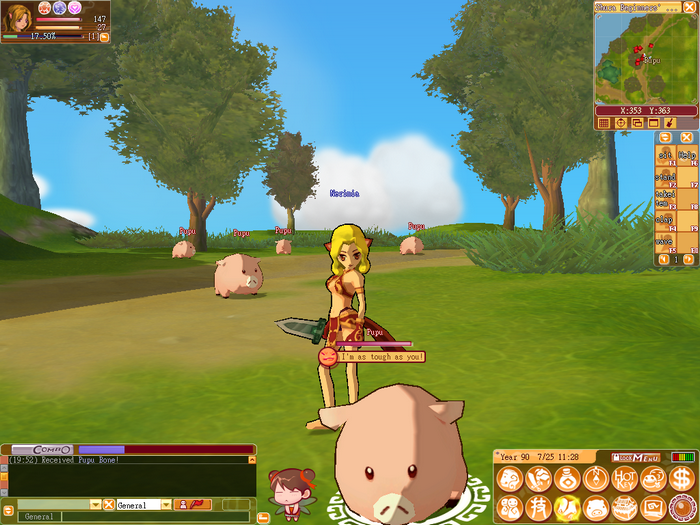 The first monsters I need to battle are called Pupu and are actually cute little pigs with cute comments, too. I can simply click once and my character will attack until it’s dead (awww). Items dropped can simply be picked up with the click of the mouse, or using the F3 key.
I’m getting some nice EXP from these piggies and leveled up fast. I’ll slay some more until my EXP-gain from these monsters dramatically decreases. Then, I’ll look into distributing my fairly earned points.

I’m not sure why, but at 98.46%, there were no more Pupu in the area. I just needed to kill one more to become level 4. I waited a while, during which time I took a look at the Status Window and checked which stats I could invest my points into. I’ll invest my points into Power for now, and probably later into Physique.
As for the Pupu, no new ones spawned.

Ah! Looks like it’s time to get a pet in Dream Of Mirror Online. By attacking and injuring monsters, it is possible to trap one using a Monster-Trapping Mirror. Chasm King (NPC) wanted me to try it right away. I failed, but got rewarded anyway!

It is now time for me to go to Eversun City and advance on my journey. So far my first day in Dream Of Mirror Online.