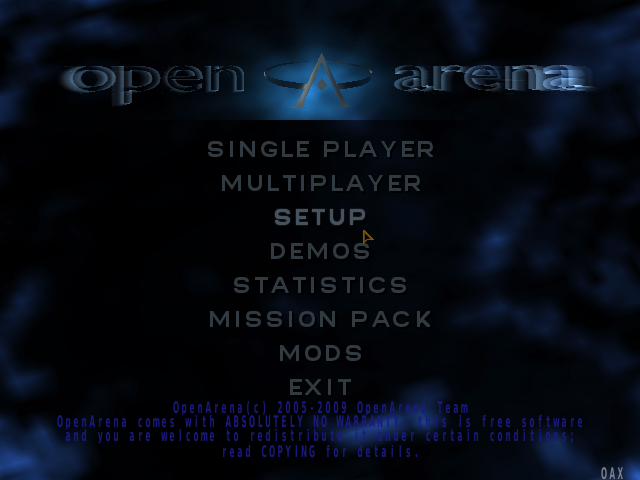 Are you looking for a ”simple”, yet fun computer shooting game you can download for free and play both online and offline? Try OpenArena!

OpenArena is an open source 3D xomputer game based on GPL idTech3 technology. It is a free FPS game (First Person Shooter game) which you can play both online and offline, with game types such as Free For All, Domination, Defrag, Capture The Flag, Last Man Standing, Overload, Harvester and more. It has servers where all weapons are used, but there are also servers where only one weapon is used, such as Railgun only (Instant Gib) or Rocket Launcher online (All Rockets).

Once you’ve installed OpenArena, you can start the game. Let me introduce you!

SINGLE PLAYER: You can play the game alone, offline, against the computer (the players of the computer are called ‘bots’).
MULTIPLAYER: For the real challenge you’ll of course want to play online multiplayer, against real people from all over the world! (Of which many are from Italy, Germany, Poland, The Netherlands, etc.)
SETUP: Here you can setup your game.
DEMOS: Here you can view demos.
STATISTICS: Here you can see statistics.
MISSION PACK: Here you can start your own (offline) server.
MODS: Here you can see the mods (modifications) of the game that you’ve downloaded.
EXIT: Only click on this if you don’t feel like playing anymore!

Now, I will briefly explain a couple of the available game types. If you click on Multiplayer, you will get to see a list of servers.

Make sure “Servers” is set to “Internet”, only then you will see all available online servers you can join.
You can now choose a server to start playing in. I suggest you’d start with a FFA (Free For All) or Capture The Flag (CTF) game type in order to get to know how the game works. Capture The Flag is my personal favorite. :)
Go to a server with a ping (the green number) below 100, otherwise you may experience lag. Select the server of your choice and click “fight” to start playing.

The map of the current game will be loaded.
In some servers you are entered into the game immediately, in other servers you are first in spectator-mode. Press the ESC button on your keyboard to join the game. If you need to choose a team, always join the team with the least players/the losing team.

In Free For All (FFA), the goal is to shoot as many opponents as possible (1 point per opponent). Whoever ends up with the highest score, wins. The maximum number of points you can reach varies per server. In case of the screenshot above, the limit is 30.
Some FFA servers make use of all weapons, other servers only make use of certain weapons, such as the Railgun and the Rocket Launcher.

Capture The Flag (All Weapons)

In Capture The Flag (CTF), you play in teams (red and blue) and the goalis to capture the most flags. Usually the maximum is 8. The game ends when either the maximum has been reached, or the time limit has been reached (usually 15 or 20 minutes).
In All Weapons, all weapons in the game can be used (although it varies per map which weapons are available). Each weapon has limited ammo. There are also items available, such as armor and health bubbles.

In Instant Gib, only the Railgun is used (unlimited ammo). The player who is shot at, dies instantly (although this can be changed by changing your handicap). There are no items available in the maps. Other than that, the goal is the same: capturing the most flags.

Capture The Flag (All Rockets)

All Weapons: All Rockets. In this version, only the Rocket Launcher is used, with unlimited ammo. Again, no items in the maps and the same goal: capturing the most flags.
Using the Rocket Launcher it is possible to do rocket jumps (acronym: rj), doing so may damage you, depending on the settings of the server. 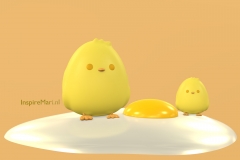 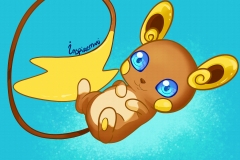 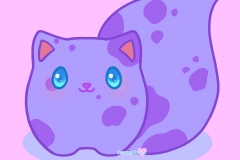 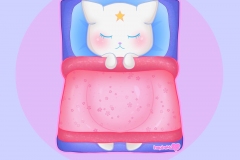